Ed Skilling & Warren Starnes – the men behind the most advanced sauna technology ever invented!

Early in his career, Warren Starnes was a successful business, legal and financial consultant, working with some of the biggest names in the business world in the 1960’s and 70’s. Having made his first million by the age of 29, he picked health as a “hobby” and began to explore the world to find the greatest healers, gurus, shamans, and “result oriented” health professionals on the planet. What began as a hobby for him soon became a dominating force in his life and he gained the nickname: “Mr. Health” by business and health professionals seeking his advice. 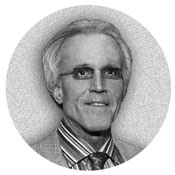 His ever-increasing interest in healthy living and improved physical performance, combined with his natural curiosity, unique professional skill sets, and significant resources led him to aggressively search out the best that the health and longevity industries worldwide had to offer.

He personally studied with and worked with the biggest names in the world of nutrition, health, performance, and longevity. He became a dedicated vegetarian, hired H.L. Hunt’s personal chef away from him and opened the first vegetarian restaurant in the state of Texas (early 1970’s). He became a familiar face on the California coast, where the health food craze first began to take off. From there, he began to study and train with masters in other natural and healing arts.

In conjunction with personal Olympic training that he started in the 1960’s, he became an expert in physical training, conditioning, and controlled high performance. He began using infrared saunas in the min-1960’s and continued almost daily for over 40 years. He developed an anti-cancer lifestyle and became the “go to” authority on, doctors, clinics, protocols, and therapies worldwide for Cancer treatment.  He learned more about what did, and did not work for Cancer in the early 1970’s, than all the health professionals combined today.

In spite of all that, in 2007 he was diagnosed with four Stage 4, inoperable, terminal Cancers (Prostate, Bladder, Urethra, and Skin). By this point (since 1969), he had interviewed, interrogated, questioned, and followed over 36,000 Cancer patients worldwide and over 1,600 of the best known Cancer doctors and realized he had become a “good example” of how prevention is not enough over time.

As managing Director of the Skilling Institute since 1996, Warren Starnes was also immersed in the “genius” electronics of Ed Skilling and his historic advancements in energy generation and transmission to facilitate modifying and “noticeably” improving the human body. When these two teamed up, magic happened, and the word “amazing” has applied to everything they have invented and innovated. This unique “mastermind” combination of historic experience and inventive skill sets led to the development of the Upgraded Photon Genie and the newly released Super Sauna (Photon Genius).

Ed Skilling has been working with electronics and electricity since he was a boy, building his first radio at age 10, and inventing in the field of radio throughout his younger years. He trained as an electrical engineer and later branched out to mechanical, hydraulic, and electronic engineering. Throughout his education and early career he continued to experiment and invent in multiple fields, never satisfied with accepting the limitations of scientific knowledge. He worked in the Aerospace industry from 1950 to 1983, including holding the position of Senior Electronics Design Engineer with General Dynamics for 17 years. He supervised over 1,000 of the brightest electronics engineers in the world at that time and pioneered the development of guidance systems for missiles for the military. 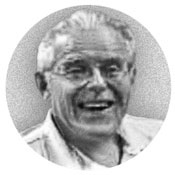 In 1959, he was commissioned by a group of California cancer doctors to evaluate an original Rife instrument they had purchased (paid $30,000 in 1958). American microscope developer Royal Raymond Rife believed that certain frequencies could be used to destroy pathogens in the body and cure diseases. He found that the universal life force energy in living cells is more complex than a number on a meter (a frequency). He further determined that the body is created with impedance, an electronic term for resistance. This is a blessing to protect the body from things flying around the universe like EMF’s (electro-magnetic frequencies), microwave, ultra-violet rays, etc. While this is a blessing to protect us, it can be a curse to treat the body when transmitting things like frequencies to the body for any potential benefits. Everything stops at the skin. Ed Skilling spent 40 years in research, development and experimentation to figure out a method of communicating in harmony with the impedance (resistance) of the body to communicate directly with cells, tissues, organs, and systems of the body for direct change and measurable improvement.

After nearly 40 years of work on this innovation, in 2001 the Skilling Institute introduced the Photon Genie, the most powerful bio-available energy instrument ever created to date. The results were noticeable and the performance surpassed any and all frequency instruments in the past and have excelled beyond any other instrument developed to this day. The Photon Genie took electro-magnetic and frequency medicine to the future, providing the ability to use the principles of bio-electric energy for nourishment, detoxification, rejuvenation and regeneration. The results have been nothing short of astonishing, and Ed Skilling and Warren Starnes didn’t stop there.

In 2010 the Skilling Institute released the Super Sauna (Photon Genius), which combined all the most advanced technologies involved in the historic creation of the Photon Genie. This Super Sauna utilizes all their futuristic advancements into one revolutionary machine combining all the newly developed electronic technological advances in energy transmission and infrared sauna therapies.

With their latest creation, these two unique individuals have made it possible for you to get all of the benefits of traditional infrared saunas combined with the healing properties of advanced Skilling Institute electro-medicine therapies and technologies.

The Super Sauna can provide your body the power, energy, and balance it needs to fight back against  symptoms, sickness, pains, and stresses of life. Super Sauna is how you slow down, and reverse the aging process and “noticeably” change your look and feel.